The Most Impromptu Trip Ever...

I almost forgot to tell you guys about this trip, which left me spellbound for the longest time. It was by far the most impromptu trip we took and boy, we loved every bit of it.

I remember being at work and working on 4 tasks at one point in time and Mr. Mode calling me. I almost answered annoyed. It was a single line conversation, he asked me “Do you want to go to Kasol?” and I said an abrupt yes and just hung up. I got a call 2 hours later and he announced rather excitedly that we are going to Kasol the next day.

I couldn’t believe my ears as it was so out-of-the-blue and super exciting as we were going out after almost a year (mumbai trips don't count). I was already making a mental note of things we would be carrying since we were working the next day, would be leaving directly from work and had just few hours in hand to pack.

Day 1, After a long, tiring and precarious bus ride later, we reached this quaint little place. We reached really late in the afternoon and were famished to no end. After quick showers we headed to a local restaurant and ate to our hearts content. While Kasol is famous for all the wrong reasons (best hash, cheap liquor), let me tell you, this place is simply breathtaking. The towering mountains, coniferous trees, crystal clear streams and the fresh air almost transcended our minds to a perpetual peaceful space. It was truly something.The streams were beckoning us and we couldn’t help but, run to the nearest point to just and stare at it for rest of the evening.

We found our cosy space on a rock and just soaked in the stunning views. Since, it was my first time in the hills I was mesmerized to know end, almost acting intrigued like a 2year old. The highlight for me to see the water gushing with so much force, almost scary at times.
We were really tired and ended our day with some amazing Rajma Chawal, which happens to be a specialty there. 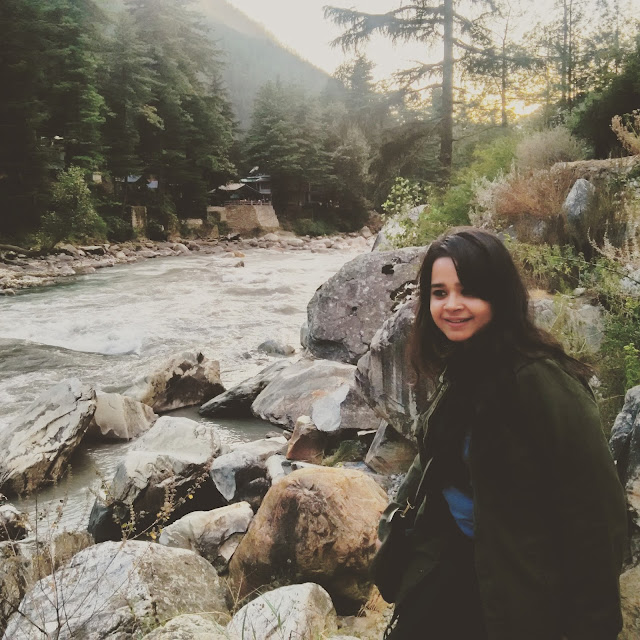 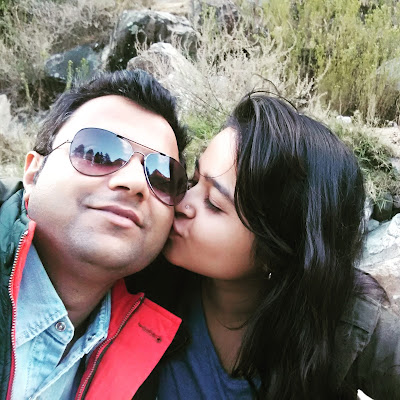 Day 2 started with a hearty breakfast as we planned a short hiking to Tosh. From Kasol it’s a 40min bus ride, let me tell you this bus ride is not for the faint-hearted. I almost died a thousand deaths when the driver would take sharp turns. Mr. Mode ensured I was not sitting at the window seat post all the nail marks I made on his arm (literally shitting bricks). I was not doing too well so we had to cut the hike short but, it was super fun nonetheless.

We clicked a few pictures, sat and stared at the view for an hour, gorged on some dairy milk and chips, and just talked our hearts out. My fear of heights made me dizzy most of the time but I was too stunned by the views. 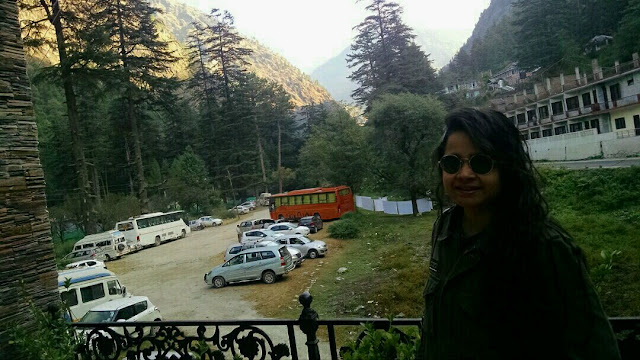 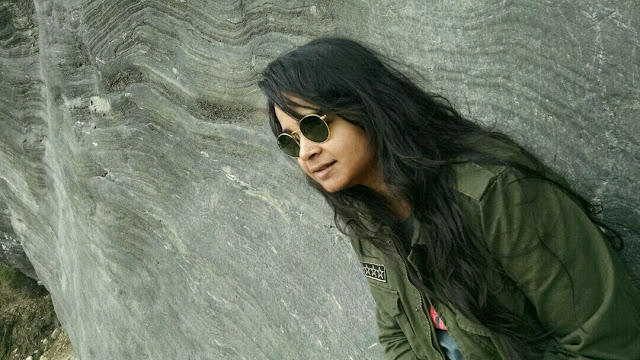 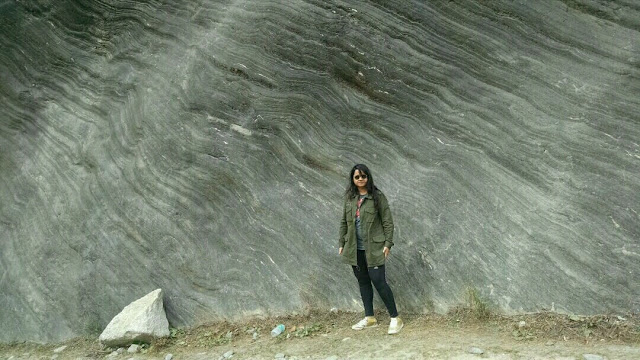 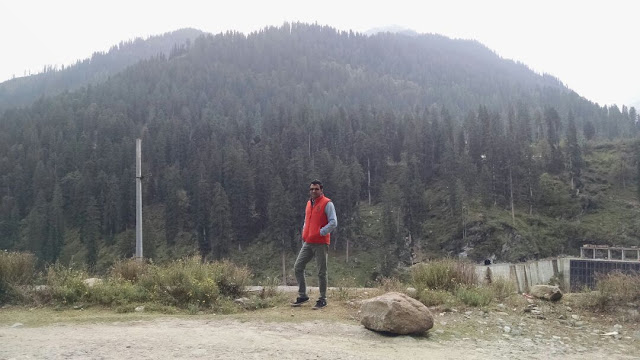 Day 3, last day was spent exploring the market and with some more sumptuous breakfast. We again went hiking to a nearby point, which was not really tiring so I could manage that. The weather was really unpredictable that day and it was drizzling the entire time, so we decided to just spend time at the hotel. It got really cold but thank god we carried our jackets. 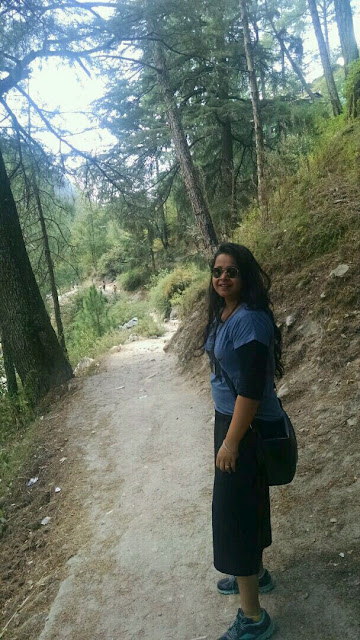 In all a great trip, just perfect for a long weekend. Kasol being really small, there is nothing much you can do unless you are going trekking to nearby points. Since, we wanted to just relax and be with each other, it was just perfect. Just imagine, sitting in a cosy hotel room with the most amazing scenery and obviously some delectable Rajma to end it with; I guess our life was made for those 3 days we spent there.

From Delhi its a almost a 10hour bus-ride to Bhuntar bus stand and from there its an hour long cab ride. Hotel Sandhya is one of the best and equipped hotel's to stay at, unless you want to stay at a lodge or something.

(unfortunately I have lost the videos I shot there, could manage to find one.. If I do find them, will surely put them up...They are just amazing...) 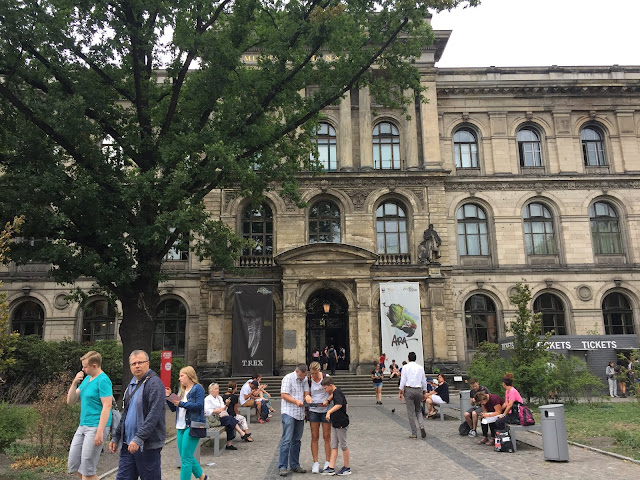 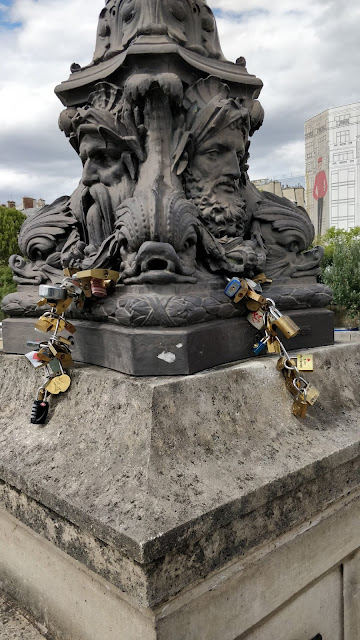 The magic that is Paris

Shruti RG
bOmbayMODE, is a lifestyle blog that is an eclectic mix of all things I am passionate about. It allows me to meet interesting people (The Mode Talk), be creative (The Creative Bug), write without any boundaries (All Things Random), and do the kind of work I wish to. I am equally passionate about traveling. Seeing new places, tasting unique cuisines, learning about the culture/history, collecting souvenirs are things that give me an incredible high, and 'TravelTales' and 'Gastronomnom' document my travel and food expeditions. I wish all my readers enjoy being part of this space, which celebrates LIFE as it should be. MAIL: bombaymode@gmail.com for more.